7 Things About Acid Reflux, Gluten and IBS You Dont Know. 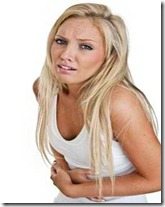 Call it acid reflux, heartburn, or GERD, but having stomach acid splash back up into your esophagus is painful, frustrating and at times overwhelming.

In a recent editorial published in the journal Gastroenterology, the author remarked: Treating gastro esophageal reflux disease with profound acid inhibition will never be ideal because acid secretion is not the primary underlying defect.

What this means is that taking acid stopping pills does not fix the underlying cause or mechanism.

This is something I have been educating patient about over the last 12 years. For decades the medical establishment has been directing it’s attention at how to reduce stomach acid secretion in people suffering from IBS, heartburn and GERD, even though it’s well-known that these conditions are not causedby excess stomach acid.

Instead, the question researchers should be asking is, “what is causing the problem in the first place and what are the dietary modification that need to be made.”

In this article I want to share 7 things you may not know about IBS, GERD, Acid reflux and Gluten and how these facets are often at the underlying cause of this painful disease.

Fortunately, researchers also found that a “true” gluten-free diet relieved symptoms of GERD rapidly and persistently. When I say “true” gluten free” I mean elimination of all grains and their cross reactive family members. You can learn more about about that here. Some people have found they also need to give up grains, processed foods, or other foods to which they are intolerant (such as dairy) to completely relieve acid reflux. You can learn more about the proper testing for Gluten Sensitivity right here

#3 GERD could be autoimmune

Some research shows that stomach acid is not acidic enough to immediately damage the esophagus. Instead, it(acid reflux) triggers an inflammatory reaction within the tissue of the esophagus, causing damage.

What does gluten have to do with this? Gluten has been shown to be very pro-inflammatory in many people, and has been linked with 55 autoimmune diseases. It’s possible acid reflux could be yet another inflammatory disorder triggered by gluten.

Most people relieve acid reflux by taking an antacid to neutralize stomach acid, with sales of the drug topping $10 billion annually. Not only does this fail to stop stomach acid from washing back up into the esophagus (one study showed protein-pump inhibitors actually induce acid reflux), it also impairs nutrient absorption.

Stomach acid is vital to the absorption of minerals and vitamins, and protects the stomach from bacteria, fungus, and infection. Chronic use of antacids has been linked to increased risk for bacterial infections, candida (yeast) overgrowth, and food poisoning.

Chronic antacid use also impairs absorption of minerals, including calcium, which can increase the risk of osteoporosis and fractures.

With one in five people now believed to be suffering from gluten sensitivity, it’s important to know whether you are too, and whether undiagnosed gluten intolerance is contributing to your heartburn. Don’t think for a minute that taking your antacids is fixing the problem. Left uncorrected you will have more serious health problem to contend with.