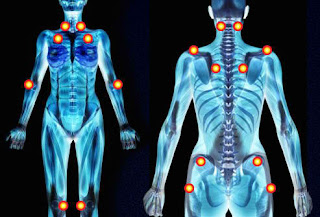 Fibromyalgia is far more neurologically based than muscularly based. It’s just that your muscles feel most of the pain. Most of the Fibromyalgia diagnoses that I see come from Rheumatologists.

A Rhueumatologist, by definition, is a doctor that specializes in disorders of joints and soft tissues- not nerves. Effective Fibromyalgia treatmentmust include neurologically based care.

At the Naperville Institute For NeuroMetabolic Solutions we implement a comprehensive treatment program that assesses many of the underlying metabolic underpinning to get to the root cause. We use Brain Based Therapy as well as Functional Medicine and Chiropractic. You can learn more about functional medicine and our approach here.

In this article I will bring some evidence to the table that may cause you to question whether Fibromyalgia is more of a joint and soft tissue disorder or, as I and others feel it is, a neurological disorder. And whether the Fibromyalgia treatment you had was appropriate.

The Latest research shows that a Fibromyalgia diagnosis and hence the treatment is far more likely to be of a neurological origin then a rheumatic one. The term rheumatology originates from the Greek word rheuma, meaning “that which flows as a river or stream,” and the suffix -ology, meaning “the study of.” (Which is ironic to me since nerves and blood seem to flow like a river much more than joints).

Most of my Fibromyalgia treatments are with patients who exhibit chronically fatigue. But what actually get tired is your brain. “Nerve Exhaustion” is a phrase that I feel accurately describes what happens in Fibromyalgia, Hence the name Brain Fog.

One of the unique treatment approaches I employ for fibromyalgia patients is the use of oxygen therapy. You can find out what makes The Naperville Institute For NeuroMetabolic Solutions different here.

“In all serious disease states we find a concomitant low oxygen state…low oxygen in the body tissues is a sure indicator for disease… Hypoxia, or lack of oxygen in the tissues, is the fundamental cause for all degenerative disease.” Dr. Stephen Levine , renowned molecular biologist author, Oxygen Deficiency: A concomitant to all degenerative illness.

Listen to what noted Professor of Medicine MAJID ALI, M.D. has to say about the four major symptoms of Fibromyalgia sufferers……

4 Major Symptoms of Fibromyalgia And How Oxygen Helps

I do not take the treatment or diagnosis of Fibromyalgia lightly and you should steer clear of anyone who thinks otherwise. A recent study uncovered evidence that a Fibromyalgia diagnosis can be far more damaging than you may realize.

In The Journal of Neuroscience, a study revealed that the brain can be prematurely aging in Fibromyalgia patients. No wonder patients with Fibromyalgia feel brain fog! There loosing Brain cells.

What may be more important is that they found that the longer the individual had been diagnosed with Fibromyalgia, the more gray matter they had lost. This makes fibromyalgia treatment a must.

The brain matter loss was more than 9 times the normal aging! 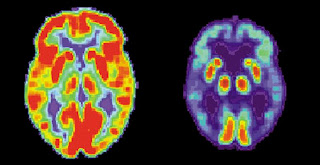 Other studies also point to a possible explanation for the decreased gray matter in these disorders. It may be atrophy caused by excitotoxicity or exposure to inflammatory processes (Apkarian et al., 2004). In reviewing the above studies it’s remarkable that in Fibromyalgia patients, gray matter loss occurred predominately in regions of the brain that are most related to stress.

Fibromyalgia Treatment and the Road to Recovery

Stress can be managed and I believe it MUST be managed for you to get better. The above research should be all you need to be motivated to initate action.

My grandfather once told me,

“No matter how far you’ve gone down the wrong road, turn around… it’s the WRONG road!” 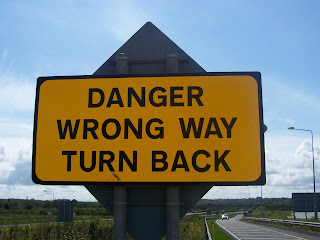 If what the above mentioned studies are saying in terms of brain aging is true, then every moment that you don’t get help counts against you.

The pursuit of health should be paramount in your habits and actions. I know it’s hard, but you have Fibromyalgia, so you’ve proven you can do hard. Fibromyalgia pain is hard.

With the addition of oxygen therapy to Our Fibromyalgia Syndrome treatment protocols rate of tissue healing only increases.

If you want more information or to Schedule Your Fibromyalgia Case Review at the Naperville Institute For NeuroMetabolic Solutions in Naperville, IL Call 630-718-0555.