Brain Based Therapy is a unique approach used to pinpoint and treat both past and current physical, chemical, and emotional traumas that are responsible for poor neurological function and development.

Conditions that respond to Brain-Based Therapy include:

An all natural and powerful healing technique used to restore people to a greater sense of well-being and overall health, Brain Based Therapy (BBT) is a very effective program that works for a wide variety of patients.

Understanding how the brain works

Your brain is the main computer that controls and coordinates all functions of your body. Optimum health requires your brain (including the cerebellum) to perform at the highest and most efficient way possible.

The cerebellum, found in the back part of your cranium, senses messages to both the left and right hemisphere of your brain, then fires the messages to your brain stem (including the mesencephalon, pons, and medulla), creating the “Brain Loop.” It’s this brain loop that manages your mental clarity, emotional stability, vitality and sense of well-being.

The effect of stress on the brain loop

Many types of stress, including emotional, physical and even chemical has an adverse effect on the all-important brain loop. Based on our “fight or flight” response, short bouts of stress are not always a bad thing. It’s the continuous, non-stop stress that has such an adverse effect and interrupts the brain loop and the mesencephalon if left unchecked.

The mesencephalon and why it is important

The cerebellum is key to the brain loop

Another key to the “brain loop” functioning properly is the cerebellum, which has a number of responsibilities including your balance, coordination, spinal posture, eye movement and a number of other functions that keep you body healthy and active.

Poor functioning of the cerebellum can cause a wide variety of problems, including problems with your postural muscles, (including a one-sided muscle spasm that adversely affects your spine). Once this occurs, certain vertebrae become restricted and spinal degeneration, arthritis, disc herniations, chronic back and neck pain, even sciatica may develop. Dizziness and balance disorders are often attributed to cerebellar dysfunction.

Treatment and Brain Based Therapy

After a thorough BBT neurological examination, a dynamic, safe, gentle and hands-on integration process is carried out to reconnect and restore proper brain function. In some cases, traditional chiropractic adjustments are part of the treatment, given in a very precise manner designed to stimulate function in the effected part of the brain. Additionally, other modalities such as heat, eye movements and exercises, and visual are sometimes used.

How we can help

Brain Based Therapy is not to be seen as a cure or specific treatment for disease. It’s power lies in naturally and holistically improving the function of your brain loop so your body can heal and restore itself naturally. BBT can help with:

Dr. Fred Carrick, the country’s leading chiropractic neurologist is credited as the designer and creator of Brain Based Therapy. The Carrick Institute developed the clinical and functional neurological protocol that helps patients around the world with severe neurological disorders.

In order to make the most out of your time with Dr. Hagmeyer, please take a moment to visit our services 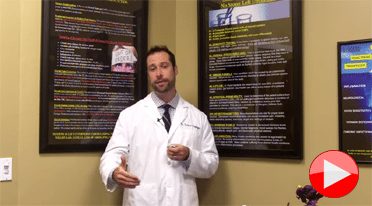 The Connection Between Hashimoto’s disease And Anxiety Anxiety is

Common complaints we hear from our female patients suffering with