A subgroup (about 30 percent) of patients with celiac disease following a strict gluten-free diet report still experiencing symptoms similar to gluten exposure. These symptoms include bloating, gas, diarrhea, constipation, brain fog, fatigue, joint pain and more. This is significant because too many patients suffering from celiac disease and gluten sensitivity do not enjoy the good health they deserve. Instead, they suffer a variety of symptoms and many develop serious autoimmune diseases. Such autoimmune diseases could potentially be prevented if the individuals’ gut lesions and leaky gut had been remedied.

Why is this? In some cases, it means the celiac disease patient is experiencing a phenomenon called gluten cross reactivity.

Cross-reactivity is a process whereby the body consumes a protein (e.g. milk) that has similarities to the protein gluten. Due to this similarity (known as molecular mimicry), the body’s immune system reacts to this food as if it were gluten, creating symptoms that the patient attributes to gluten consumption.

Is milk gluten? No. But if cross-reactivity is occurring, it may as well be as far as the patient’s immune system is concerned.

In other words, the ingestion of these cross-reactive foods can irritate and inflame the immune system in much the same way as if gluten was being ingested.

Therefore in patients who are not feeling optimal despite maintaining a gluten-free diet, or continue to have a leaky gut or autoimmune disease, testing for cross-reactive foods can be a great diagnostic tool.

In Gluten Cross-Reactivity, the body may mistake another food for gluten and reacts accordingly.  Array 4 tests for 24 different foods that may be causing cross-reactivity or are newly introduced to the diet or over-consumed favorites.

One of the most frustrating scenarios for both the practitioner and the patient is when a gluten-free diet fails to have any effect on a person who seems so clearly gluten sensitive. New research shows this may be due to cross-reactivity.

Gluten cross reactivity can happen with many foods, but the 2017 study on cross-reactive foods by researchers Aristo Vodjani and Igal Tarash found that the following foods can become confused for gluten by the body’s immune system:

If you suspect your body is reacting to a non-gluten protein in a similar way it would react to gluten, consider getting tested and/or implementing an elimination diet to see if this rare phenomenon is impacting you.

Recommended for Patients Who

If you have been following a “gluten free” diet characterized by many food with the GF label, or foods that you see labeled above, and you continue to struggle with Gastrointestinal, Neurological or Dermatological we recommend that you order this test- Cyrex Lab Testing Array 4 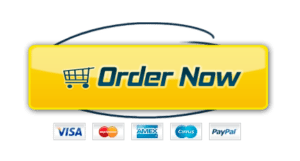