If you’re reading this article then I’m guessing it’s safe to assume that either you or your loved one is diagnosed with Polycystic Ovarian Syndrome. PCOS can be a life-altering condition and is a fairly common disorder affecting women of childbearing age.

Studies show that nearly 1 in 10 women capable of reproductive function are at risk of PCOS. Just in the United States, about 10 percent of the adult female population is affected by this ‘silent killer’ of a disease. As the leading cause of infertility among US women today, I feel it’s imperative that we keep ourselves informed about PCOS.

So where do you begin?  There are tons of medications out there, claiming to treat PCOS effectively. If you’re looking for a more natural, holistic way of managing PCOS, you’ve come to the right place. But before I get into the diet tips and daily routine suggestions, let’s get you better acquainted with the illness.

Polycystic Ovarian Syndrome is an endocrine disorder that affects hormonal balance and reproductive health in women.

It all starts in the ovaries.

A single ovary has several follicles with tiny sacs in it that hold the reproductive eggs in position. The egg leaves the ovulary sac and will enter the uterus for fertilization, once it has matured. Now this is where the issue with PCOS emerges.

Women diagnosed with PCOS won’t undergo a proper menstrual cycle. In fact, ovulation dysfunction is one of the most prominent signs of PCOS in adult women. The eggs released from the follicles here are immature and will mesh together to form tiny cysts around the outer edges of the ovary. This means that there are little to no mature eggs to enter the uterus for fertilization. So, not only are women prone to experiencing infertility with PCOS but they’re also likely to miss or skip their periods.

But reproductive health is not the only function impaired within a PCOS patient’s body. Hormonal imbalances wreak havoc on the endocrine system, leading to problems with insulin resistance, digestion and androgen levels.

How can I tell I have PCOS?

Signs like acne, tiny yet persistent body hair and irregular periods are often brushed under the rug as minor inconveniences. Women are often told to get on with their lives because such issues are part of growing older. But did you know that some of these signs are serious indicators of PCOS?

Symptoms of PCOS can begin emerging shortly after puberty and carry on long into adulthood. If you’re unsure about the signs of PCOS, just have a look at the list below:

About 70 to 80 percent of infertility cases are linked with PCOS. Problems usually begin with ovulation dysfunction making it difficult for such women to conceive. However, some women continue to menstruate during ovulation problems. This way, many of them don’t even register the possibility of being infertile.

You’re obviously not going to be able to detect infertility issues on your own but one thing that you can keep track of is your menstrual cycle. If you notice that your period is late or irregular then you might have a condition called oligomenorrhea. On the other hand, if you notice that you’ve skipped or missed your period cycle completely, then you might have amenorrhea. Both these conditions are key signs of PCOS and are also intrinsically linked with infertility issues.

Hirsutism is a condition that causes women to grow hair in places where they don’t normally do such as the face, back, abdominal, and chest areas. You’ll notice a pattern of hair growth on you that is quite uncharacteristic in females. This hair growth is actually a result of excess androgens that produce high levels of male hormones in your system.

Hormonal imbalances can leave you prone to acne, especially on the lower third of your face. This includes frequent spotting on the chin, jawline and neck area. The high levels of testosterone in your body stimulate the sebaceous glands in your skin. This results in the overproduction of sebum, effectually clogging your pores with bacteria—which are prime conditions for acne.

You may also experience small, dark patches around the back of your neck or on your elbows. This may be a sign of insulin resistance and is also linked with the onset of diabetes. I suggest you hold a consultation session for verification of your symptoms.

Studies show that around 80 percent of women diagnosed with PCOS are overweight or obese. This may be linked with other lifestyle factors like poor diet that increases insulin resistance. But it’s not only overweight women who can have PCOS. Researchers are debating that thin women may be at the early stages of PCOS and just don’t know of their diagnosis yet.

Well, these are just some core symptoms of PCOS that you should be vigilant for. Other possible symptoms may include:

Now there are a few theories circulating the internet but I’ve narrowed them down to three main causes.

If you’ve got an immediate family member diagnosed with PCOS, you’re at a higher risk of contracting the illness. The medical community largely sees PCOS as a genetic disorder and there have been a few studies to back up these claims. One research shows that first-degree female relatives have on average a 61 percent chance of inheriting PCOS. Mothers and daughters share a 52 percent risk, while sisters share a 66 percent risk. Not to mention, male family members can also cause you to inherit PCOS.

The second explanation for your PCOS is that the pituitary gland in the base of your brain is secreting an abnormal number of hormones that are, in turn, messing up the balance in your ovaries. Here’s the science behind it.

The pituitary gland is responsible for releasing two main hormones: luteinizing hormones (LH) and follicle stimulating hormones (FSH). The LH regulates the production of estrogen and progesterone in the ovaries while FHS take care of the timely release of eggs from the ovaries. The function of LH and FSH hormones is affected by stimulation received from the gonadotropin-releasing hormone (GnRH). GnRH works inversely; meaning if LH production is high then FSH production is low and vice versa.

Studies show that GnRH stimulation in PCOS patients is significantly altered, causing abnormal patterns of hormone secretion. In most PCOS cases, GnRH stimulation is sped up. This causes LH to secrete excess androgens in the body.

Male androgens like testosterone can be major triggers for your PCOS. It’s not uncommon for your ovaries to produce some amounts of testosterone but when testosterone levels increase, they can leave you prone to developing male patterned hair growth and chronic acne.

Insulin is a type of hormone that is released by the pancreas to regulate glucose levels in the body. When you eat food, glucose is absorbed in the body with the help of insulin, to give it energy.  In the case that your body is not producing or absorbing enough insulin, your cells won’t be able to breakdown glucose for energy.

If you’re resistant to insulin, you’re going to notice high levels of sugar in your bloodstream. To counter this condition, the body will produce more insulin, which is only exacerbating the problem.

However, the thing to note here is that insulin resistance in PCOS patients often induces the ovaries to produce more androgens. Does that ring a bell? Yes, insulin resistance can also cause the production of high levels of testosterone in your body. So you can expect to see the same symptoms with differing causes for your illness.

However, you should know that there are a couple of lifestyle factors that can make you prone to insulin resistance. For example;

Diet and PCOS: What’s the Link?

Changing the way you eat can significantly alter the severity of your PCOS symptoms. Essentially, your diet will affect two main things: your weight and the production of insulin in your body.

Near 70 percent of women with insulin resistance are diagnosed with PCOS. About 50 percent of them have a prognosis for diabetes before they reach the age of 40.

Since insulin resistance is a major cause of your PCOS and is directly affected by the type of food you eat, we can safely say that your diet and PCOS will go hand and hand.

When it comes to battling PCOS, I suggest you drive your focus towards maintaining a healthy diet that doesn’t spike sugar levels.

What foods should I avoid?

Okay, so first things first. There’s no way you’re going to get away with eating junk food that is widely believed to be unhealthy. Whether you have a PCOS diagnosis or are just exhibiting signs of pre-diabetes, you’ve got to remove the following items from your diet:

Other cut-offs from your diet include:

What foods can I eat?

Eating healthy doesn’t mean you have to have a painfully restrictive diet where you’re gasping for morsels of food to fill up your starving belly. A nutritional diet tends to be very filling and energizing. Here are some things I encourage you to eat more of:

Whole foods: Eat foods that are as naturally grown and unprocessed as possible like organic meat, vegetables, fruits, nuts, and seeds.

Eating a healthy diet sounds easier than done, especially if you’re just weaning yourself off of high sugar and starch foods. If you feel a bit lost on what you should add to your diet, get in touch with me and receive a customized functional nutrition plan!

Alternatively, you can also look up some healthy recipes here. The main thing that you’ve got to remember is that your diet and PCOS symptoms are closely related so what you eat will directly affect your system.

For more information and questions, feel free to fill out this health survey. A member of my team will be in touch with you shortly. 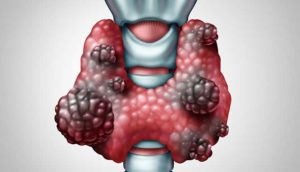 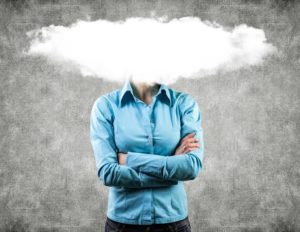 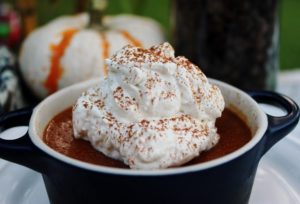