One of the most common symptoms of Thyroid disease after things like fatigue, weight gain, hair loss and depression….are symptoms related to the gut.

These symptoms may be bloating, constipation, diarrhea, Acid reflux or they may be more serious such as stomach ulcers or stomach cancer.

H. pylori infection is believed to be one of the top stealth infections that affect people with Hashimoto’s and Graves’ disease and this bacteria poses a serious threat and obstacle when it comes to stabilizing, lowering TPO antibodies and putting your body into remission. H.pylori is an incredibly smart bacteria and here’s why.

The bacteria attach themselves by poking holes into the surface of underlying epithelial cells found in the mucous membranes of the stomach and intestines. H. pylori also neutralizes the acid in its environment by producing large amounts of urease, which breaks down the urea present in the stomach to carbon dioxide and ammonia.

You might be saying, why am I only hearing about this now? Consider this…. In a study comparing H. pylori infection rates among groups of autoimmune and thyroid patients, 85.7% (86%) of autoimmune thyroid patients tested positive for antibodies against H. pylori, The study also went on to say that Helicobacter pylori might be involved in the development of non-gastrointestinal conditions such as rosacea, ischemic heart disease, and diabetes.

When it comes to autoimmune thyroid disease, the problem is the immune system, not the thyroid- so now we need to investigate into the cause of why the immune system is being suppressed and that leads us to what we have been talking about- H.Pylori.

But perhaps you are thinking I don’t have an autoimmune disease, I have been tested and it was negative. Two things- just because it was negative in the past does not mean it will be negative in 6 months from now. I’ve seen people have tests that showed it was negative and then a year later upon a stressor, infection, a hospital visit or just because we ran a more comprehensive thyroid panel, those antibodies now came back positive.

Other Infections That Have Been Shown To Trigger Autoimmune Diseases

Epstein Barr virus, Herpes, Candida, Yersinnia– again these are all examples of stealth infections associated with autoimmune disease. So I would encourage you to keep this in mind that if YOU have and autoimmune disease or you have a family history of an autoimmune disease be aware of this infection-connection! The last topic I want to cover today is on testing and when someone should be tested for Infection connection to autoimmune Disease-

Let’s say you have symptoms such as bloating, gas, burping acid reflux, nausea, no appetite  your stomach hurts more when its empty, or you are tired all the time or you frequently have low B12 levels, its very suspicious of H.pylori- So if you have majority of those H.pylori Symptoms-how do you find out- how is H.pylori identified? Testing

How Do You Test For H.Pylori

There are three different methods of testing for H.pylori….Stool, breath and blood and Sometimes you may need more than one to detect the presence of the infection. Stool testing is best to identify the presence of H.pylori in lower GI tract while breath testing is more accurate for upper GI infections. If I am concerned about a high bacterial load in a patient lets say because we see low WBC, I often consider running a pathogen associated immune screening from Cyrex Labs.

I typically would start with H.Pylori breath testing or stool testing

So that’s going to wrap up today’s video- I hope you enjoyed it! If you did, Be sure to subscribe leave a comment below. 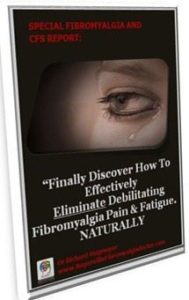 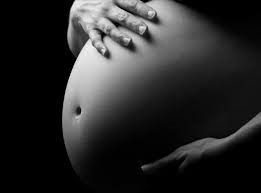