Call it acid reflux, heartburn, or GERD, but having stomach acid splash back up into your esophagus is painful and distressing. Although researchers cite various causes, one that many doctors overlook is gluten, the protein found in wheat, spelt, rye, barley, and other wheat-like grains.

Fortunately, researchers also found a gluten-free diet relieved symptoms of GERD rapidly and persistently. Some people have found they also need to give up grains, processed foods, or other foods to which they are intolerant (such as dairy) to completely relieve acid reflux.

GERD could be autoimmune

Some research shows that stomach acid is not acidic enough to immediately damage the esophagus. Instead, it triggers an inflammatory reaction within the tissue of the esophagus, causing damage.

What does gluten have to do with this? Gluten has been shown to be very pro-inflammatory in many people, and has been linked with 55 autoimmune diseases. It’s possible acid reflux could be yet another inflammatory disorder triggered by gluten.

Most people relieve acid reflux by taking an antacid to neutralize stomach acid, with sales of the drug topping $10 billion annually. Not only does this fail to stop stomach acid from washing back up into the esophagus (one study showed protein-pump inhibitors actually induce acid reflux), it also impairs nutrient absorption.

Stomach acid is vital to the absorption of minerals and vitamins, and protects the stomach from bacteria, fungus, and infection. Chronic use of antacids has been linked to increased risk for bacterial infections, candida (yeast) overgrowth, and food poisoning. 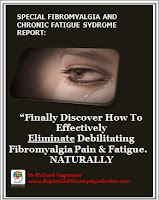 Request my Free Guide for Eliminating The Pain Caused by Fibromyalgia.

Chronic antacid use also impairs absorption of minerals, including calcium, which can increase the risk of osteoporosis and fractures.

With one in five people now believed to be suffering from gluten sensitivity, it’s important to know whether you are too, and whether undiagnosed gluten intolerance is contributing to heartburn.

The conventional tests to screen gluten intolerance are notoriously inaccurate. For cutting-edge testing, please contact my office at 630-718-0555 or visit us at https://DrHagmeyer.com for a Free Phone Consultation.