Become a patient
Menu
Fibromyalgia More Than A Muscle Problem| The Cause Behind the Mental sluggishness,The Sleepless Nights and the FibroFog

Anyone who is telling or trying to sell you that it’s a simple problem has either not treated Enough Patients or does not understands the multiple causes and symptoms of Fibromyalgia and chronic Fatigue.

With that being said however, that DOES NOT mean that you have to be trapped in a body filled with Pain, Fatigue, and misery. Quite the opposite.

So what makes our Fibromyalgia treatment approach different at the Naperville Institute For Neuro Metabolic Solutions? What do we do, or look at, that every other doctor just brushes over?

The newest research, and there’s a whole lot of it, shows that the cause of fibromyalgia symptoms, in most cases, is an electrical imbalance in the brain; not only a chemical imbalance.  Now in scientific terms, this is called a “functional disconnection syndrome.”

It’s like this: Think of the nerves in your body as the wiring system, your brain sends trillion of signals from the brain to the body over this advanced network of wires. These wires or nerves can breakdown, become twisted or even stretched and crushed by surrounding vertebrae.

When this happens these stretched distorted nerves can’t send signals to the parts of the body and the body begins to breakdown.

The wiring is there, it’s not cut, it’s not separated, it’s just that the juice is not running at 100 percent.  It’s an electrical imbalance.  Now, although this is really well documented in literature, very few doctors or practitioners have any idea what this thing is, or how to accurately diagnose it…or even how to treat it.

Having success with fibromyalgia treatment involves looking very closely at the functioning of the brain. The neurologist probably looked at the function of some of these areas, but then completely brushed over them.

What makes us different is that we look at the body from a functional perspective.

If you have the desire to get better, you have to look at things from a function perspective. In practice treating hundreds of Fibromyalgia patients over the years I can tell you that the subtle findings are often the most important. I will also tell you that it takes time to heal and you need to truly have the desire to get well! Once we have uncovered what part or parts of the brain is dysfunctional we will evaluate a person from a metabolic standpoint.

Metabolically we will want to understand things like gut function, immune function, blood sugar levels, vitamin deficiencies, Food sensitivities, Inflammation, Hormones, and the possibility of intestinal and stomach infections. There is no other approach more comprehensive than the one taken at our office.

From there a specific course of non-invasive brain based rehabilitation, also referred to as brain based therapy, can be devised to strengthen and balance the two hemispheres of the brain.

Customized Nutrition based on Advanced Diagnostic Testing, is a MUST For Fibromyalgia and CFS.

We never guess about our patients health. I would suspect if you have tried other doctors and you didn’t get well, it was because they prescribed nutritional products to you without testing your or with out looking at the big picture. Once we have tested someone and know what’s wrong, we then combine that with a specific and customized nutritional program and detoxification program for our Fibromyalgia and Chronic Fatigue Syndrome sufferers.

IF this is the approach your doctor is taking with your Fibromyalgia and Chronic Fatigue syndrome, You are on the wrong Path.

Are you getting more an more pills, stronger meds?

Are the number of symptoms starting to develop increasing?

Is your Doctor Listening to you?

Did you ever think to yourself that there must be something wrong in the brain (the bodies control tower?) 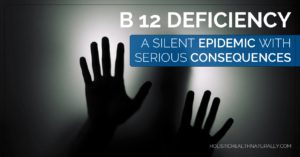 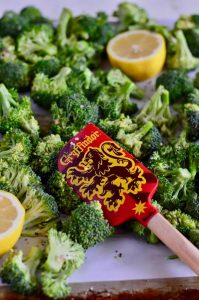