Going Gluten Free- “A Little Won’t Hurt Me Doc…Will It?” 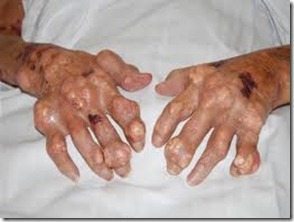 Going Gluten Free? A little wont hurt will it? This is the mindset that many people have when they find out a friend or loved one has a gluten sensitivity.

Let me preface this by saying that working with patients who have chronic health problems such as thyroid, fibromyalgia, autoimmune disease, Rheumatoid arthritis, is extremely rewarding when natural methods are implemented. However it can also be extremely frustrating when discussing the muddled waters when it comes to what grains contain gluten and what grains don’t have gluten.

My genuine interest in helping these individuals stems from watching my bed ridden overmedicated Grandmother deteriorate from Rheumatoid arthritis.

Growing up and seeing my grandmother in extreme pain was something I never understood until I began working with patients with chronic diseases.

My family history has it’s share with autoimmune conditions, I’ve seen how it destroys the life of the patient but also the lives of family members. It’s this experience that has given me the desire to investigate as many of the potential causes that exist when it comes to autoimmune disorders. This has become the corner stone of my practice. Through sophisticated testing offered through Cyrex labs and Enterolab, we are now able to identify many cases of gluten sensitivity that have in the past been overlooked or misdiagnosed.

While I was working with a patient a couple of weeks ago, I asked her how she was doing with the following our Metabolic food and dietary guidelines that we wanted her to follow. This crippled, overweight and chronically exhausted, fibromyalgia sufferer said she only cheats once a week when she gets together with her girlfriends for lunch. She then went on to say, that many of her fibromyalgia symptoms returned after cheating. Why would you do that, I asked? To which I received the typical reply from gluten cheaters, c’mon Doc a little cheating cant hurt…would it?

Gluten Cheating Can Damage Your Brain, Body and Cause Early Death

The answer is a resounding YES! When you have a gluten intolerance, with a genetic predisposition to immune intolerance, like most people who have Chronic Health problems, you must have a ZERO TOLERANCE policy if you want to preserve your health!

To date, ALL of the chronic condition patients I have examined at my office have gluten intolerance. ALL OF THEM! Gluten intolerance due to genetic predisposition can’t be remedied.

Why? Because having one of the main genes that predisposes to gluten sensitivity and/or celiac sprue, is permanent. It’s the same as having a gene for blue or brown eyes…you can’t change the gene.

I explained this permanency concept to my patient and why the importance of gluten abstinence was analogous to the reason why a recovering alcoholic should NEVER take a sip of alcohol. In fact, gluten cheating can be more damaging than you realize!

In a case review entitled, A Milligram of Gluten a Day Keeps the Mucosal Recovery Away: A Case Report,the authors wrote about a 32 year old nun with celiac disease who refused to use a gluten-free communion wafer in her daily religious rites.

The small dose of gluten contained in a traditional Catholic communion wafer was enough to keep this 32 year old’s intestines from full recovery based on follow-up intestinal biopsy. Read this article here.

Below is an example of some of the mucosal membranes found throughout the human body.

Alimentary tract from the mouth to the anus;

Respiratory tract from the nose through the larynx, trachea, and bronchial tree leading to the microscopic millions of ‘blind ends’ at the lung alveoli;

Urogenital tract — vulva, vagina, uterus, and Fallopian tubes in the female, urethra and bladder in both sexes reaching to the kidneys via the ureters, and the vas deferens and tubules reaching into each testis in the male.

They further stated that “mucosal recovery is the main protection against the occurrence of intestinal lymphoma.” That’s Cancer folks!

Studies have actually shown that instant coffee is one of the most cross-reactive foods in gluten sensitive individuals. (1) This means that instant coffee not only triggers the same extended inflammation and autoimmune response as glutinous grains but actually has more deleterious effects. While coffee is acidic, affects your stomach pH, and leaches minerals from bones, it also triggers excess stress hormones to be released, increasing the inflammation. The icing on the cake is that like any bean or legume, they contain lectins. Lectins are extremely problematic for patients who suffer with Rheumatoid arthritis, or any other inflammatory arthritic condition. Gluten Sensitivity is often associated with Adrenal Fatigue Syndrome.

While the findings may be disheartening to those who find themselves eating things that may not support their health, they do help people understand the seriousness of gluten-sensitivity and the importance of experimenting with gluten-free recipes. There are many delicious Gluten Free recipes, so you can finally have your cake and digest it too!

How Would I know That I Could Have A Problem?

If there is pain anywhere in the body, such as joint pain or an exacerbation of a pre-existing autoimmune condition, you know that the food-induced inflammation originating in the gut is systemic. If you experience fatigue or brain fog after eating a piece of cake, you know the inflammation is systemic and that your blood-brain barrier (BBB) is likely compromised.

In part, the authors state, “The case we presented suggests that the daily intake of 0.5 mg of gliadin for a 2-year period DID NOT allow mucosal recovery.” The Mucosa is the moist membranes that covers organs in the body.

Many symptoms or signs should alert your doctor to test for gluten intolerance, including the following:

If you suffer with any of the above listed conditions, proper testing needs to be carried out to determine if you are gluten intolerant. In our office we implement gluten testing through a lab known as Cyrex labs.

2. Be Very Careful With Standard Testing For Gluten Sensitivity.

3. The Best Type of Testing If You Suspect Gluten Sensitivity

4. Learn more about Leaky Gut and How to Test for It.

5. Get Some Great Gluten Free Recipes

Please use the social sharing buttons at the top of this article to share this article with friends and family.

Thyroid Problems and Miscarriage|Studies Show Connection to Hashimoto’s Hypothryoidism.
Next Post: Gluten and Autoimmune Diseases| The Longer You Eat Gluten The Sicker You Will Become|Dr Richard Hagmeyer D.C| Naperville Institute For NeuroMetabolic Solutions.