Getting A Grip on Autoimmunity Requires Identifying the Next Trigger: Inflammation

Where Does Inflammation come From?

When a person feels foggy, run-down, easily overwhelmed, and flat, we know that hormone signaling and Inflammation are some of the additional triggers that need investigation. Where does this inflammation come from? Unfortunately, many of the Triggers we have been talking about are the culprits. 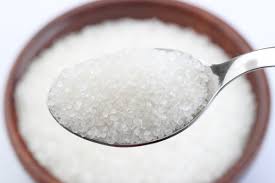 What Does Inflammation Do?

Once inflammation is present within the body, it is highly self-perpetuating. Inflammatory cytokines communicate both with nearby cells and cells throughout the body traveling to tissues and mitochondria, oxidating stress as they go.  For example, inflammation that occurs in the brain causes a shift to occur: healthy production levels of serotonin and melatonin deviate as the brain attends to the production of an anxiety stimulating chemical, quinolinate. This in turn sets off symptoms such as lethargy, difficulty sleeping, depressed thoughts, lowered libido, and apathy toward social interaction.

Inflammation as the result of autoimmune disease can occur both at a localized site within the body as well as systemically throughout causing the body’s tissues to be attacked. Inflammatory markers are higher with patients who have one more more autoimmune diseases and often translate into conditions such as intestinal permeability and dysregulated immune system.A patient with allergies and/or asthma may actually have an underlying autoimmune disease since a healthy functioning immune system can usually regulate it’s response to these stimuli.It is worth exploring the source of chronic inflammation and consider autoimmunity as a contributing factor.

Balancing the types of omega fatty acids consumed is important for a healthy diet with a ratio of 2:1, omega-3 to omega-6.  However in most industrialized countries, the ratio is much higher and in America the average consumption ratio is 20:1.  Why is this problematic?  When this imbalance becomes to significant, the overload of omega-6 and deficiency in omega-3 causes systemic inflammation and can promote a host of chronic diseases.

Omega-3 fatty acid plays an important role in reducing inflammation in the body while certain types of omega-6 can actually contribute to inflammation.  While not all omega-6 fatty acids promote inflammation, some research has indicated that excessive omega-6 fatty acids has an effect on complex regional pain syndrome.  Vegetable oils tend to be the most common source of omega-6 in the American diet, especially for those who consume a lot of processed foods.

Omega-3 deficiency often comes at the cost of omega-6 over consumption and lack of this vital fatty acid is linked to symptoms such as dry skin, memory problems, mood swings, joint pain, heart issues, and autoimmune disease. It’s especially important for vegetarians and vegans to look into alternative sources of omega-3 since fish oil is packed with it.  In fact, of all the omega-3 fatty acids, polyunsaturated fatty acids (PUFA) tend to have the most dynamic immunomodulatory properties.  Within this set of PUFA, those derived from fish oil (EPA and DHA) are the most biologically potent and have been shown in clinical studies to have anti-inflammatory properties that may be useful in managing inflammation brought on by autoimmune disease. 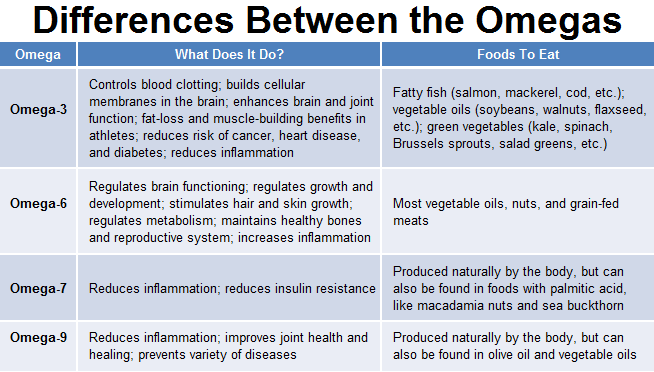 Cortisol is a hormone made by your adrenal glands aka your stress handling glands. Your adrenals produce hormones in the body that have anti-inflammatory. Too much of these hormones ie Cortisol and you begin to suppress the immune system. A common problem with people who have autoimmunity is GCR or glucocorticoid resistance. This occurs when glucocorticoids aren’t able to dampen the immune system when needed so glucocorticoid levels remain elevated and a fervent, drawn out inflammatory response results.GCR is sometimes caused by reoccurring stress and loaded cytokine activity thought to affect “between 40 and 60% of depressed patients, especially those presenting melancholic and/or psychotic symptoms”
Insulin Resistance

Insulin resistance has been shown to increase inflammation and can cause heightened levels of free fatty acids andhyperglycemia. This can lead to oxidative stress and inflammation due to insulin signal reduction in certain areas while simultaneously increasing insulin signaling in other areas. The sympathetic nervous system, or the body’s “fight or flight” response, can be activated to “fight” in response to elevated free fatty acids and inflammation resulting from insulin resistance.

Obesity causes the body’s self-protection mechanisms to slowly shut down which creates an pro-inflammatory environment optimal for cultivating autoimmune diseases. As adipocytes, the body’s fat cells, enlarge they build up a resistance to insulin and free fatty acid levels rise. This triggers the body’s inflammatory response and elevated cytokine loads which further ignites the cycle of autoimmune response.

Mitochondria are the tiny powerhouses of our cells which help convert calories from food we eat and the oxygen we breathe into usable energy or ATP for the body. When mitochondrial dysfunction occurs, any organ or tissue in the body can be affected since the cells aren’t able to fully function and convert the energy we need. Prolonged Oxidative stress depletes and robs our Glutathione stores. Without sufficient levels of Glutathione to counter the affects of Oxidative stress- cells die. This vicious cycle continues. 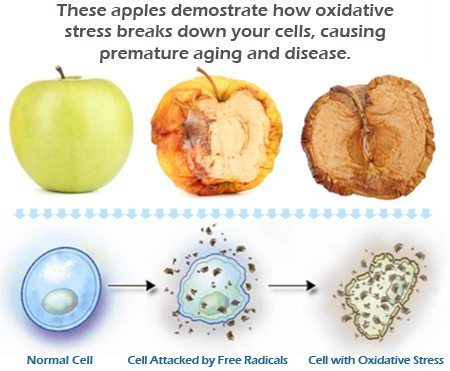 Tissue damage caused by oxidative stress can, in theory, be significantly decreased by increasing antioxidants.  Therefore, there is a direct correlation here with antioxidant uptake and reduction of inflammation, chronic illness, and many types of autoimmune disease.  One study took a look at supplementing antioxidants into the diet while also lowering fat consumption and overall calories which resulted in a delayed onset of lupus symptoms and boosted the immune system overall (6).

Antioxidants play a crucial role in safeguarding the brain against aging and decreased cognitive function due to oxidative stress. Supporting a healthy gut and it’s connection to a healthy mind, allows us to stay healthy and vital through the natural aging process.  There are numerous herbs rich in antioxidants that have displayed much of the same anti-inflammatory characteristics that over the counter medications advertise.  Turmeric or curcumin is an excellent example of a safer and more natural alternative for managing inflammation.  Additionally, vitamin B6, vitamin B12 and folate are important for decreasing inflammation and improving synthesis of DNA and red blood cells. Vitamins and herbs with anti-inflammatory properties can serve as antioxidants and suppress cytokine loads signaling the autoimmune response.

Learn more about Autoimmune Disease and Other Triggers: