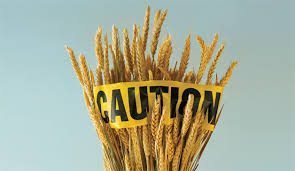 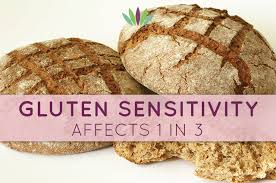 By know you have probably heard of gluten, but what is it? Gluten is the protein found in wheat which can be broken down into gliadin and glutenin. Gliadin is the portion of gluten that initiates the immune response in gluten sensitivity. However, recent research indicates that gluten sensitive individuals may react to glutenin as well. 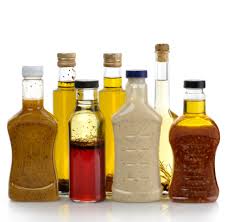 From grains such as wheat and barley, to condiments such as ketchup and salad dressing, gluten has become a staple in the American diet.  Both naturally occurring in common grains and used as an food additive, it is becoming increasingly difficult to identify and avoid foods containing gluten.Gluten has been linked to more than 55 diseases and an estimated 99% of people who have either celiac or non-celiac gluten sensitivity are never diagnosed.Those are some staggering statistics!

Bread, pasta, and cereal may be the commonly recognized culprits, but other grains and legumes should also be accounted for when it comes to gluten sensitivity. Pseudo grains such as quinoa and legumes also have similar proteins linked to leaky gut. Exposure to theses foods can damage intestinal cells, create porous junctions in the gut lining, foster the growth of unwanted bacteria, cause hormone imbalance, and disrupt the release of digestive enzymes.

We eat the seed portion of these plants which is basically the plant’s embryo for reproduction. Naturally the plant makes chemicals to repel insects and encourage spreading the seed for growth. It is these naturally occurring repellents that can cause an inflammatory response for someone with autoimmune disease. Furthermore, when humans tinker with these plants and create genetically modified (GMO) versions of the heirloom varieties, the plants become engineered to produced even more of the natural insecticides. These GMO grains and legumes should absolutely be avoided for anyone with autoimmune disease. 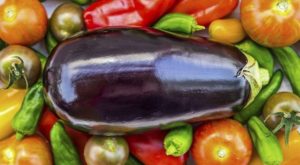 Finally, nightshades contain a similar protective enzyme to that of grains and legumes. To anyone highly sensitive, the list of vegetables below should also be avoided:

For more information, here’s a video I recently did on Nightshades and Lectins:

Gluten is not easily digested so your gut has to work hard to process it. Candida overgrowth and SIBO can result from imbalance of harmful gut bacteria outnumbering the healthy bacteria.  The body reacts by initiating an immune system response, attacking it’s own tissues and stimulating the production of zonulin, a protein that promotes intestinal permeability and leaky gut.

It’s clear that gluten sensitivity affects overall health and on the more severe end of the spectrum, high gluten sensitivity can result in the autoimmune disease known as celiac disease.For someone with celiac disease, any gluten exposure causes the immune system to respond causing chronic inflammation and deterioration of the gastrointestinal (GI) tract.Of all the diseases that fall under the autoimmune umbrella, celiac disease is the only autoimmune disease that has a direct correlation with exposure to a certain food and advancement of which can be halted by avoiding consumption of that food.

Many doctors mistakenly equate gluten sensitivity to dysfunction or illness within the intestinal tract.With the celiac disease gaining prominence in the medical field, it has become more common for doctors to defer to the celiac-disease model and turn attention to gluten sensitivity presenting in the intestines. While this may be relevant for about 1/3 of those with gluten sensitivity, the remaining 2/3 of cases do not experience gastrointestinal problems.For the majority, organ and tissue damage is occurring in other areas of the body, with the brain being most susceptible to harm. In fact, most gluten sensitivity affects the central nervous system, not the GI tract.

More on the Neurological Connection: 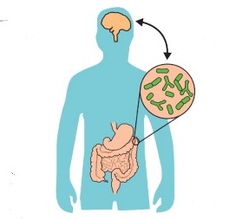 “Patients with an enteropathy (disease of the intestinal tract) represent only a third of patients with neurological manifestations and gluten sensitivity.”13

Gluten sensitivity may manifest in a number of neurological deficits, depending on what part of the brain or nervous system is affected, including numbness and tingling, ataxia (balance problems), migraines, attention-deficit problems or ADHD, “brain fog”, and cognitive deficits.14,15

Gluten sensitivity is now being found to be involved in the pathological processes of neurodegenerative diseases such as Alzheimer’s disease, Parkinson’s disease, supranuclear palsy, and Huntington’s disease. 8,9,10,11

“In this review, we discuss the molecular mechanisms of the transglutaminases involved in the pathological processes responsible for neurodegenerative diseases such as Alzheimer’s disease, Parkinson’s disease, supranuclear palsy, Huntington’s disease, and other recently identified polyglutamine diseases”16

Some Facts and Stats:

The literature shows a close connection between increased food sensitivity and intestinal permeability:

“Intestinal permeability is increased in patients with food allergy, suggesting that the uptake of food antigens is elevated in food-allergic patients.”4

Gliadin have been found to trigger immune response and intestinal permeability:

“Therefore, understanding the interactions between the upregulation of zonulin, increased intestinal permeability, and the development of autoimmune diseases may lead to novel preventative and possibly therapeutic strategies for type 1 diabetes.”9

It is estimated that only the patients with clinically overt celiac disease (12.5%) get diagnosed. This is only the “tip of the iceberg”. The other 87.5% of patients with CD remain undiagnosed with “silent celiac disease”. These patients are asymptomatic but have positive test results. “The current ratio of clinically diagnosed to undetected cases that is “the size of the iceberg” is approximately 1 to 8.” 10

“For every symptomatic patient with CD there are eight patients with CD and no GI symptoms.” 11

These studies support the connection between gluten sensitivity and elevated susceptibility to developing other autoimmune diseases.

“These and recent data show that exposure to dietary gluten in offspring of mothers and fathers with type 1 diabetes very early in life is associated with an increased risk of developing islet cell antibodies. These data also suggest that removal of dietary gluten should be tested as early as possible”17

“Our findings demonstrated an increased prevalence of thyroid disorders with CD.” 19

A study of 100 subjects with autoimmune thyroid disease monitored their response after a gluten-free diet or a gluten-containing diet to evaluate the effect of dietary habits on their thyroid function.

Conclusion: This study indicates that a gluten-free diet may have profound impacts on patients with autoimmune thyroid disease and gluten withdrawal may single-handedly reverse the abnormality, although it does not cure the condition.” 20

This study confirmed that removing gluten from the diet alone had significant impacts on serum markers of autoimmune thyroid disease.

“Increased levels of antigliadin antibodies were found in 37% of all RA patients.”21

Want to learn More about Preventing, Reversing and Remission When you have an Autoimmune Disease?

Whether you or someone in your family is one of the 50 million Americans suffering from fibromyalgia, chronic fatigue syndrome, or another autoimmune disease, there is hope for prevention and even reversal of the debilitating symptoms that accompany these conditions.

Practicing functional medicine, I take factors that may seem unrelated and make the connection to find common triggers that together can create state of disease. Even when your symptoms appear to have nothing to do with your gut, your gut health is actually fundamental to all aspects of your complete health profile.

Chances are you or someone you know is one of the 50 million Americans living with autoimmune disease such as Fibromyalgia, Hashimoto’s, SIBO, or Chronic Fatigue Syndrome (CFS). I want you to know that there is hope in relieving the enervating symptoms related to these conditions through preventing and even reversing your autoimmune disease. Since I established the Naperville Institute for NeuroMetabolic Solutions, my practice has always been focused on the patient and working together to find relief and restore health. Give our office a call to set up your initial consultation today.

Learn more about Autoimmune Disease and Other Triggers: