Become a patient
Menu
Is Quinoa Safe To Eat If I am Gluten Sensitive?

Hi Dr Hagmeyer here! because I work with a lot of patient with either food sensitivities, celiac disease, gluten sensitivity, and other intestinal related health problems,  a commonly asked question is, “Can I eat quinoa?”

So first off What is Quinoa?

Quinoa while it looks like a grain actually is not. It is a pseudocereal seed used by many as a gluten free substitute. Because many people looking for ways to improve health have eliminated gluten, they are now eating Quinoa and many other non traditional grains like millet, spelt, buckwheat.

Perhaps that’s you. Maybe you have celiac disease or you have a known gluten sensitivity and you have eliminated Wheat and Barly, Rye and Oats but you have only noticed marginal improvements in your health.
Maybe you have fallen into and even more dangerous trap. Believing that because your stomach no longer hurts the way it used to that these other grains are safe to eat.

There are Three problems that I see with Quinoa
Again while quinoa is not a gluten containing grain the Storage proteins found in Quinoa are similar enough to gluten whereby a person with a gluten sensitivity could have a problem with it this is known as Cross Reactivity- And I should say that testing can be somewhat helpful here.

The Second issue I have with Quinoa is Cross contamination– just like the label you read “Processed in a facility with wheat, soy and nuts- Quinoa and other cereals are often housed in the same vats and containers that wheat, Rye, Barly and Oats are processed in and so here you have Quinoa being contaminated with these grains.

A recent study found that 41% of processed products randomly pulled from grocery shelves contain enough gluten to cause damage to those with gluten sensitivity.

And my 3rd issue with Quinoa is that it that for many people with celiac or gluten sensitivity not only can they react to the storage proteins, or cross contamination they can also be reactive to lectins in various grains, cereals, nuts and seeds.

Any grass bearing seed can be a problem for this reason.

Seeds and nuts and beans are typical thought of being a good source of carbohydrates, a good source of proteins and good source of B Vitamins. The problem is that while you may look at the nutrient profile of these foods and be impressed there are many reasons these foods cant be properly digested and many of the lectins and gluten storage proteins have now been shown to be contributors to a leaky gut and then be a gateway into various autoimmune disease.
What this all boils down to is this You could have problems with one and not the other or you could be reactive to all three scenarios.

For some individuals these foods can be a perpetual source of inflammation and tissue damage. Lectins have specifically been linked to reactive arthritis or Rheumaotoid arthritis. And of course this is all dependent on how your immune system sees and reacts to these foods.

Another recent research paper that I reviewed examined 15 different varieties of quinoa, to examine their safety for people with celiac disease.

The quinoa proteins were tested to see what happens in those individual who do have celiac and are gluten sensitive.
What they found was that in two of the 15 varieties (called cultivars) there was an increased production of inflammatory cytokines- these are chemical messengers used by your immune system.

Specifically they found IFN (interferon)-gamma and various IL( interleukins) that were elevated to an extent similar to that seen with wheat gluten. So it stimulated the same immune response.

The other thing this research article points out is that and shed more light on the traditional flawed thought that proteins in wheat, barley, and rye are the only food proteins to be problematic in patients with gluten sensitivity.

I know that right about know you are ready to throw your arms up in the air and say is there anything I can eat? Because I get people saying that all the time and unfortunately there is no short answer that I can give you there.

The best I can say is find a doctor understand this and can monitor your diet and offer advice to you so that you don’t wind up with all sorts of nutritional deficiencies and further sickness and disease. I Do realize that this can be difficult challenge.

And the second video is titled “Why Nuts, beans and seeds can be so damaging to the body” both of these videos that anyone suffering with GI issues need to watch.

So in closing this video there are couple of points I want to end with.

#1 When you also take into consideration that up to 92% of people following a traditional gluten free diet don’t heal, and continue to be stricken with multiple forms of autoimmune disease, it becomes clear that we need further research
#2 I think the traditional definition of gluten sensitivity needs to be revised. This definition hasn’t changed since the 1950- back in the 1950 only Wheat, Barly, Rye were considered problematic grains. Research has come a long way in areas of the immune system. And this definition need to be updated. So that wraps up today’s video, I hope you enjoyed it, if you did make sure your subscribe to our Channel,
if you are struggling with a chronic health problem and you want to work with us, the best way to get a hold of us is visiting our website and fill out a contact us form. Mentioned that you watched this video and tell us a little about your health challenges.

Until next time- Take care of your body- It needs to last you a lifetime. 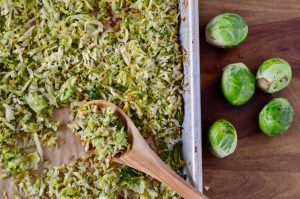 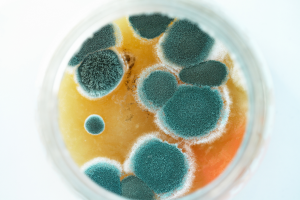