The RealTime Labs mycotoxin test detects 16different mycotoxins, including 9 macrocyclic trichothecenes. Testing is done using the most up to date scientific methods to assure patients receive clear and comprehensive results. 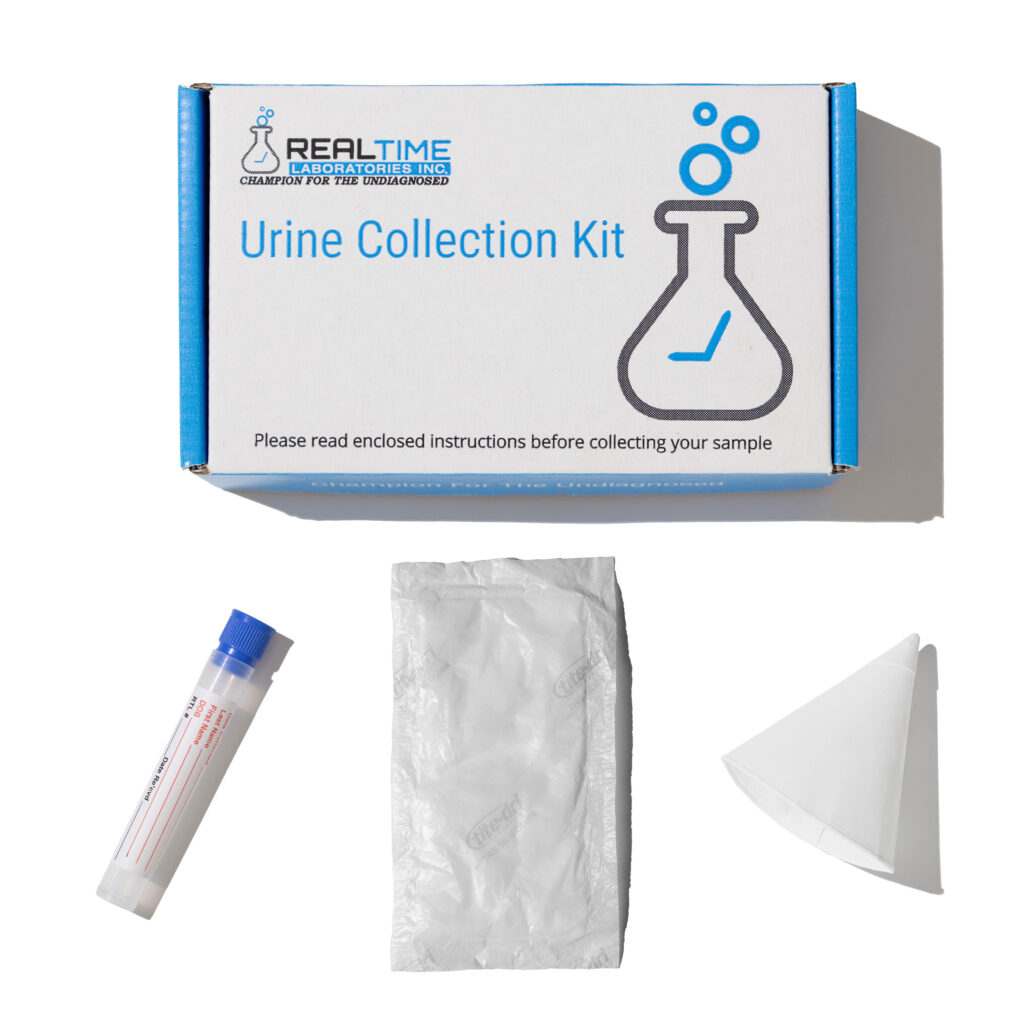 Mycotoxins (Mold-Poisons) are small molecules produced by organisms of the fungi kingdom, commonly known as molds, that are toxic to humans and other animals. Although hundreds have been identified, only a small portion are associated with indoor molds and pose a health risk. RealTime Laboratories’ dedicated team of scientists researched and determined the 16 most toxigenic mycotoxins and created a cohesive Total Mycotoxin Panel to help identify them in humans and animals.

Mycotoxins are well documented for their toxic effects on the human cell, causing several problems in normal cell function. They also have known association with a wide variety of clinical symptoms and diseases.

RealTime Lab’s Total Mycotoxin Panel detects sixteen of the most toxigenic mycotoxins, including 9 macrocyclic trichothecenes that have been proven to be caused by Stachybotrys, otherwise known as “Black Mold.” Testing is done using competitive ELISA, a highly sensitive detection method that uses antibodies prepared against mycotoxins.

All mycotoxin testing results are displayed in an easy-to-understand, numeric format, showing detection levels in parts-per-billion (ppb) as standardized by the FDA, WHO, CDC and Food industry for clinical use.

Results also tell if the toxins in the sample were present, not present, or equivocal, along with ranges of detection for each.

What We Test For

OchraToxin A
This toxin is produced by different Aspergillus and Penicillium species and is one of the most abundant food-contaminating mycotoxins. It is also a frequent contaminant of water damaged houses and of heating ducts. Exposure can also come from inhalation while in water-damaged buildings.
Aflatoxins
A group of mycotoxins known to affect plant products, aflatoxins have been linked to liver cancer, hepatitis, cirrhosis, and other health issues. Exposure occurs when consuming contaminated plant products, eating meat or dairy from animals that have eaten contaminated feed, or inhaling dust while working with contaminated products.
Macrocyclic Trichothecene
Produced by at least five types of fungi, this group of mycotoxins includes around 170 types of toxins. Some types contaminate plants, including grains, fruits, and vegetables. Others thrive in soil and decaying organic material. Several types of trichothecenes are infamously produced by Stachybotrys chartarum, also called black mold.
GlioToxin Derivatives
This mycotoxin is found in many homes and buildings and primarily affects immunocompromised people. The most common cause of mold diseases in humans is Aspergillus fumigatus, which produces gliotoxin, a mycotoxin that suppresses the immune system. Invasive Aspergillosis (IA), which can cause high gliotoxin levels, is one of the leading causes of death in immunocompromised people.
Zearalenone
Zearalenone (ZEA) is a mycotoxin that is mainly produced by Fusarium fungi. Zearalenone has a strong affinity towards the estrogen receptor, which can lead to increased activation of the receptor. This activation can lead to multiple reproductive disorders such as low sperm count, abnormal levels or progesterone, disruption of ovulation, infrequent periods, reduced birth weight, and lower survival rate of the fetus.

Why a mycotoxin urine test?

We primarily test for mycotoxins through a patient’s urine since it is non-invasive and the most stable option. We do have an option to test mycotoxins using a tissue sample.

What is mycotoxin testing?

Mycotoxin testing detects the presence of harmful mycotoxin metabolites caused by mold or fungi in the body or home with a Urine or Environmental test.

What does a positive mycotoxin test mean?

It means that you have detectable levels of mycotoxins in the sample tested. After receiving a positive test you should consult your doctor for further testing and advice.

How can mycotoxins be detected?