Become a patient
Menu
PCOS and the Big Picture

Polycystic Ovarian Syndrome, commonly known as PCOS, is an enervating endocrine disorder that affects about 21 percent of women in their reproductive years. If left untreated, it can result in a score of reproductive complications such as ovulation dysfunction. In fact, PCOS is the leading cause of infertility in the United States, affecting about 80 percent of such women.

Given these statistics and the prevalence of the disease, it’s surprising to know the number of women who remain oblivious to the morbid existence of PCOS. In all fairness, I don’t really blame them.

There has been very little research on the exact causes of PCOS. At most, what we have are mere hypotheses on how PCOS develops over time. And that’s our topic for today because I think it’s important to shed light on PCOS and the big picture surrounding it.

So we’ll be covering the alleged causes and the risk factors for PCOS in this article.

PCOS at its core is a hormonal imbalance issue. Known as the silent killer, it’s present in about 10 percent of both teenage and adult women across the globe. But many women and doctors alike aren’t sure how to tell PCOS apart from other reproductive disorders. The diagnosis is difficult but it’s usually based on three main features:

We’ll cover these symptoms more in detail below but for now, here’s a simple functional medicine understanding of what happens to your body when PCOS strikes.

All ovaries are comprised of numerous eggs that are released into the uterus as per their monthly cycle to fertilize with a sperm cell. These eggs are known as mature because they are capable of performing their intended reproductive function. However, in the case of PCOS, your ovaries become enlarged and release only the immature eggs into the uterus.

The ovaries are covered with small cysts or fluid-filled sacs that appear on their outer walls. Now, you don’t need to worry because these cysts do not have cancerous properties. You don’t need to have them surgically removed but there are certain things you can and must do to limit its symptoms from devastating your reproductive health.

What is the effect of PCOS on my reproductive health?

Although it’s possible to experience PCOS symptoms in teen years, the signs really become apparent in your mid-twenties. Not all women diagnosed with PCOS will exhibit the same symptoms and each symptom can vary in its intensity. Here are some commonly experienced effects of PCOS:

Women diagnosed with PCOS tend to have an irregular menstrual cycle, thanks to the resultant ovulation dysfunction. There are two main kinds of menstrual problems. The first is amenorrhea. This is where you don’t have your period for some time—at all. Women with amenorrhea will often skip some period cycles.

The other type is called oligomenorrhea. This is where the menstrual cycle is delayed or earlier than usual. It’s important to stay informed about these conditions because they’re closely linked with infertility issues.

PCOS affects about 1 in 10 women of childbearing age, making it the leading cause of infertility. During a standard menstrual cycle, the woman’s ovaries release a mature egg into the uterus. The ovulation process occurs once every month. But women diagnosed with PCOS have trouble ovulating properly. This explains the irregular periods. The problem is, many women don’t realize they have PCOS at an early stage. It’s only when they’re trying to get pregnant and are unable to conceive is when the truth is revealed to them.

We know that men and women both have a distinct pattern of hair growth, which is commonly understood as male patterned and female patterned hair growth. However, with PCOS the conditions are reversed. PCOS women will often exhibit excessive hair growth in regions that are uncharacteristically hair for them such as the face, chest, back and abdomen. In the medical world, this condition is known as hirsutism.

Thinning hair from the scalp

I’m emphasizing on the word “scalp” because even when your hair is growing thick and coarse everywhere else, the hair on your head is dramatically going to thin down. In some cases, you may also experience male patterned baldness such as a receding hairline. Of course, this symptom doesn’t need to occur in every woman with PCOS.

Now, if you’re a young woman say, somewhere in your teenage years then you’re more likely to miss out on this sign of PCOS. We all consider pimples as part of puberty. But there is a growing trend of adult acne as well. How can you tell the difference?

Well for starters, PCOS acne is usually very discomforting and tends to flare up around the time of a woman’s menstruation dates. The second thing about PCOS acne is that it normally occurs on the lower half of the face. This includes the chin, jawline and neck.

Most polycystic acne does not go away with topical ointments and needs to be dealt with professionally. If you want to know more about PCOS acne and its solutions, have a look at this article where I have previously explained the concept in detail.

If you’re facing difficulty falling asleep or are waking up feeling groggy and tired then you might be looking at the very initial stages of PCOS. Some studies show that insomnia and sleep apnea are common forms of sleep disturbances associated with PCOS. Sleep apnea, in particular, is quite insidious because you’ll start feeling tired even when you’ve had a full night’s sleep.

While these are the key effects of PCOS on your body, there are a few others that need to be looked out for:

If you think you or someone you know is showing these signs of PCOS, feel free to get in touch with me and we can run some tests for verification.

What happens if I leave my PCOS untreated?

There are many women who don’t realize they have PCOS and those who do are unfortunately not always diagnosed for so. That’s one of the main troubles with PCOS—that it’s just so hard to detect. A woman with an obvious case of ovulation dysfunction may have completely normal looking ovaries. No cysts—nothing.

But does it matter if this silent killer is left undiagnosed? Yes, it does! To put things into perspective here are a few health problems that you are at risk of developing later on in life—if you aren’t already experiencing them:

Looking at the big picture: what is causing my PCOS?

As is the case with functional medicine, I believe the struggle is never fully over until we reach the root cause of the problem. PCOS has many signs, symptoms and byproducts but we can’t deal with every single one of them simultaneously. What we need to focus on is to limit its risk factors. And the only real way of getting this done is by understanding what causes PCOS.

However, the sad reality is that there is little to no consensus on the exact cause. Researchers still don’t know what triggers PCOS in the first place. Although there are a few theories out there and with them we can get an understanding of how to defeat the condition in the most holistic fashion.

PCOS is essentially an endocrinal disorder. It’s hypothesized that the trouble begins with the pituitary gland situated at the base of your brain. This gland is responsible for signaling the release of two main types of hormones; luteinizing hormones (LH) and follicle stimulating hormones (FSH).

In non-PCOS women, these hormones are released in an inversely proportional manner. But in PCOS women, the pituitary gland starts speeds up the secretion of androgens, causing an androgen excess situation. I’ve written an article on adrenal androgen excess before so you can read it here for more information.

In general, most women tend to report the following hormonal imbalances:

Insulin is a hormone secreted by the pancreas. This regulates the amount of sugar present in the blood and helps to remove glucose from the blood into cells by breaking it down. Glucose breakdown is necessary for the body to receive energy. But about 80 percent of PCOS women are resistant to insulin.

What this means is that the body’s tissues are unable to receive energy during digestion. To counter this process, the body begins producing more insulin, in hopes that the tissues will receive some of its effects. Interestingly, high levels of insulin are linked with increased production of male androgens like testosterone in the body. Too much testosterone disrupts the development of ovular follicles and hence leads to the condition of irregular menstrual cycles.

Studies show that PCOS runs in the family. Women with blood relatives diagnosed with PCOS are at a 50 percent higher risk of developing the disease themselves. Interestingly, women can also be prone to developing PCOS if any male members of their family have female relatives with PCOS.

How to help treat PCOS?

PCOS can be a debilitating condition for most women. It often goes overlooked due to the lack of diagnostic technology that enables its detection. As outlined in most functional medicine approaches; to effectively deal with any disease it’s important to take a holistic view of the factors that are causing it. In this article, we’ve tried to understand the big picture with PCOS in hopes of identifying its root cause.

Staying vigilant of your symptoms is only one half of the process. The other half is to ensure you get professional help.  If you are ready to approach your PCOS naturally, Heres how to get started.

We offer a variety  of hormone testing procedures and diet tips that will surely help you address the Root cause of your PCOS effectively. 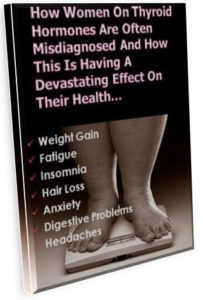 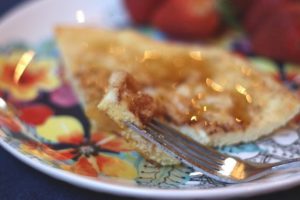 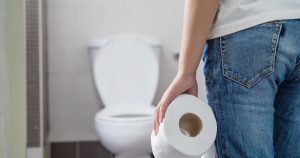