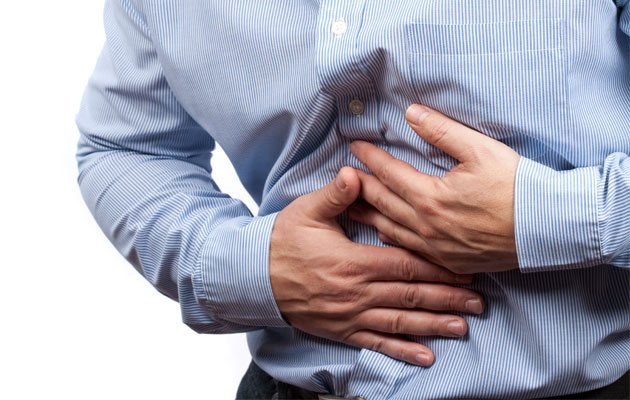 Irritable bowel syndrome (IBS) is a functional gastrointestinal disorder. Despite this, as many as about 75% of affected individuals do not seek medical care.4 This is partially due to the lack of sensitive and specific evaluation strategies that has resulted in frustration for both patients and healthcare providers.

A large portion of IBS occurs exclusively after infection with bacteria such as E. coli, Samonella, Shigella and Campylobacter jejuni.1 2 All these organisms produce in common cytolethal distending toxins, which have a major role in the disruption of both tight junction and cytoskeletal proteins such as vinculin, talin and α-actinin, thus weakening the epithelial cell structures. Dysregulated immunity, low-grade inflammation and altered gastrointestinal (GI) permeability, the presence of mood disorders, fatigue, fibromyalgia and migraine found in up to 70% of patients add complexity to the accurately diagnosing this disorder.5

Currently, diagnosis is made by exclusion of disorders that mimic IBS and by focusing on IBS common symptoms. Furthermore, it is common for patients with small intestinal bacterial overgrowth (SIBO) have symptomatologies that overlap with IBS.6 SIBO is defined as the presence in the small intestine of excessive gut bacteria that originates from the colon.

In IBS and SIBO patients, the goals of lab testing are to determine the cause and to establish the diagnosis as early as possible in order to initiate successful treatment regimens.

One such lab test that was established based on animal models and in human subjects with IBS/SIBO is the measurement of antibodies against bacterial cytotoxins and cytoskeletal proteins in human blood.7 8 This is based on the scientific fact that bacteria from the colon move up to the upper gut, and their concentrations become much higher than 105/mL. By producing cytotoxins, these bacteria affect the delicate environment of the small intestine, and then gain entry into the cell, where, by binding to the cellular DNA, they induce apoptosis (cell death).

They then find their way to the submucosa, regional lymph nodes, and into the circulation. Immune response against the bacterial cytotoxins results in the production of IgA, IgM and IgG antibodies against them.

These IgA, IgM and IgG antibodies against bacterial cytotoxins and cytoskeletal proteins are detected in the blood with high accuracy and reproducibility. Thus, bacterial over-growth can be an instigator of extra- intestinal autoimmunity.

Figure 1. The Production of Antibodies Due to Bacterial CDT and Breakdown of Intestinal Cells. CDT released by E. coli (1) undergoes endocytosis (2), attacks cytoskeletal proteins (3), then enters the submucosa (4). CDT-assisted breakdown of the tight junctions results in the release of bacterial cytotoxins and cytoskeletal proteins, and the penetration of food antigens. Antibody production against these molecules can result in immunological activity within the gut and beyond.

SIBO is seen as a quantitative change in luminal bacteria of the small intestine disrupts digestion and absorption.

Once coliform bacteria begin to thrive in the small intestine, a series of events can occur, which leads to SIBO. See Figure 2.

Figure 2. The Pathogenesis of SIBO. If coliform gram negative bacteria take up residence in the small intestine, the bacteria can ferment ingested carbohydrates, which increases gas production within the intestine, which results in bloating and flatulence, which then contributes to abdominal pain and/or discomfort.

Pimentel et al. have shown the sensitivity and specificity of assessing antibodies to bacterial cytotoxins8 and to cytoskeletal protein,7 in patients with D-IBS and in patients with D-IBS with SIBO. This combination of antigen assessments provides clinically useful information and can help differentiate D- IBS from IBD patients with chronic diarrhea.8 Furthermore, Array 22 identifies, altered gut microbial populations, SIBO, intestinal cell damage, and even possible Celiac disease.

As described above, altered gut microbiome can occur due to a variety of reasons.

Once the gram- negative bacteria, thrive in their new environment, they may use their cytolethal distending toxins (CDTs) to infiltrate gut epithelial cells. CDTs have three subunits A, B and C designated as CdtA, CdtB, CdtC respectively.

CdtA and CdtC bind to the epithelium cell wall, CdtB then enters the cell where it acts on the cell’s nucleus to disrupt cell cycle and cause apoptosis (cell death).

The programmed death of epithelial cell results in a broken intestinal barrier allowing for the translocation of bacterial toxins such as CDTs and lipopolysaccharides (Array 2) from the gut into circulation.

Cytoskeletal proteins from intestinal epithelial cells are also found in other body barriers.

Figure 3. IBS/SIBO Mechanisms of Extra-Intestinal Autoimmunity. Something so small as bacteria can have far-reaching effects. When the intestinal microbiome is altered, cytotoxins from gram negative bacteria are released. These cytotoxins assist the bacteria in the invasion of epithelial cells where they attack the cell’s DNA. This causes a breakdown in the intestinal barrier, releasing bacterial cytotoxins and other immunogens into the bloodstream. The systemic inflammation due to these immunogens may play a role in autoimmune reactivity in the body.

Mechanisms of extra-intestinal autoimmunity due to irritable bowels with or without SIBO may include a breakdown of the intestinal barrier followed by systemic inflammation or antibody cross-reactivity.

See Figure 3. These three scenarios are known to play a role in autoimmunity.

Furthermore, the survival of intestinal cells with DNA damage by CdtB may promote genomic instability, which can lead to gastrointestinal tumor initiation and/or progression.13

Some gram negative, diarrhea-causing bacteria, such as Shigella14, and Rickettsia,15 also employ molecular mimicry in order to bind to vinculin as an entry point into the host cell. Shigella injects invasion proteins into the epithelial cell which reorganizes the actomyosin network.

Actomyosin calls vinculin to the cell interior wall where Shigella can access it. Shigella has engineered two vinculin binding sites that mimic those on talin. Vinculin is fooled, binds to Shigella and thus draws the bacterium into the cell.

With Array 22, one can identify a trigger of irritable bowels and the specific intestinal barrier damage they cause.

The development of bowel disorders may be influenced by the genes a person inherits together with the way the person’s immune system responds to certain environmental triggers, such as stress, infectious agents and toxic chemicals. It is important to consider, 9 12 40

Array 22 is recommended for patients who: