Using The Organic Acid Test To Understand Some of The Potential Mechanisms behind Depression, Brain Fog and Anxiety in people who suffer with Thyroid disease.

Everyday in practice I have the opportunity to work with patients who are affected by depression and anxiety and it is a rare circumstance that I don’t find subclinical thyroid disorder or a Gut (Gastrointestinal) problem.

In fact these studies show that people with depression tend to have higher rates of hypothyroidism than the general population (such as this study). A 2004 study found that 38 percent of older patients with hypothyroidism also reported symptoms of depression.

Unfortunately, the vast majority of hypothyroidism goes undiagnosed. Some people simply aren’t tested for thyroid problems, while others are, but their Thyroid lab tests come back “normal”.

The problem is that normal thyroid test results can be deceiving. Even individuals with subclinical hypothyroidism (symptoms of low thyroid but normal TSH values) can have problems with mood and cognitive function.

Even more concerning and something I see in my practice daily is autoimmune Thyroid disease known as Hashimotos. General practitioners often fail to investigate Hashimoto’s because the TSH is normal.  As you can see in the study below, the immune system can attack and destroy the thyroid, yet a person with Hashimoto’s can have a normal TSH. This is why it’s important to have a full thyroid panel regardless of TSH readings.

For these individuals, antidepressants and anti anxiety medications only worsen the functioning of the thyroid.

The following information may be helpful to understand treatment options for mental symptoms such as depression or anxiety especially when related to the thyroid. But please keep in mind that the first step in treatment should be a thorough history. It’s best to talk to a qualified practitioner before deciding that a specific functional lab test is needed.

The Organic Acids Test provides an accurate evaluation of that can uncover blocks in metabolism, neurotransmitter turnover, intestinal yeast and bacteria. Abnormally high levels of these microorganisms can cause or worsen behavior disorders, hyperactivity, movement disorders, fatigue and immune function.

Many people with chronic illnesses and neurological disorders often excrete several abnormal organic acids. The cause of these high levels could include: oral antibiotic use, high sugar diets, immune deficiencies, and genetic factors.

If abnormalities are detected using the organic acid test, treatments can include supplements, such as vitamins and antioxidants, or dietary modification. Upon treatment, patients and practitioners have reported significant improvement such as decreased fatigue, regular bowel function, increased energy and alertness, increased concentration, improved verbal skills, less hyperactivity, and decreased abdominal pain.

Lets take a look at a couple of examples

MTHFR, Vitamin B12 and B9 Deficiencies (Folate)

For example, lets say you want to assess need for folate (folic acid). The organic acid Formiminoglutamate (FIGLU) can be tested.

In these cases the FIGLU marker serves as a functional assessment where the blood folate test does not. [1] Often this can be due to a variety of factors including a MTHFR mutation.

Some advantages to organic acid testing

Organic acid tests have numerous markers which may be helpful for people with mental symptoms.

Many B vitamins can be tested on an organic acid test. Two of the most important to consider with mental symptoms are vitamins B6 and B12.

B6 can be depleted by many medications (oral contraceptives, statins, hypertension drugs) and exposure to common toxins such as pesticides, cigarette smoke. Symptoms of B6 deficiency include neurological problems such as poor balance, tingling in feet or hands, Neuropathy, Carpal tunnel, Migraines, fatigue and mental/emotional instability. Vitamin B6 status can be tested with the organic acid xanthurenate. [2]

A vegetarian diet and poor digestive function are two of the most common causes of low B12. B12 deficiency can present as anemia, high homocysteine and neurological symptoms. Sometimes people are not anemic and have normal homocysteine, yet vitamin B12 deficiency is presenting only as neurological problems. Need for vitamin B12 need can be determined with methylmalonate.

Often people may have have a function need for vitamin B12,yest have normal blood serum levels. For this reason methylmalonate can be a more clinically relevant test.

Homovanillate (HVA) and vanilmandelate (VMA), are by-products of dopamine, norepinephrine and epinephrine metabolism. These three neurotransmitters are important for mental and neurological function.

Low HVA indicates low levels of dopamine. This can indicate need for tyrosine and vitamins B6.

Low VMA indicates decreased adrenaline and nor-adrenaline production. Tyrosine, B6, or copper, may be helpful. Low VMA may also indicate adrenal exhaustion.  Symptoms of low HVA and VMA include: depression, sleep disturbances, inability to deal with stress and fatigue.

In conventional medicine profound elevations of VMA is used to diagnose neuroblastic tumors. Functionally speaking, elevated VMA indicates stress or a metabolic problem causing too much production of catecholamines.

It may seem intuitive that people with anxiety and panic attacks have high levels of adrenaline and therefore increased VMA. In fact, the opposite is often true, anxiety is associated with low VMA and low catecholamines. [3]

Metabolism of serotonin can be measured through the metabolite it’s broken down into, 5-hydroxyindoleacetate (5-HIAA). This represents total body metabolism of one serotonin pathway.

High 5-HIAA can be caused by SSRI medication, 5-HTP supplementation, increased release of serotonin from the central nervous system, digestive system or platelets. Very high 5-HIAA levels can ironically indicated a tryptophan deficiency, as this may cause an increased conversion of tryptophan to serotonin.

Elevated kyurenate and quinolinate indicate tryptophan is being used to produce inflammation instead of serotonin. High quinolinate levels in the brain can cause insomnia, irritability and nervousness. In this case the cause of inflammation needs to be treated. Simply giving the patient 5-htp and vitamins to make more serotonin is not going to work if those are just going to be converted into inflammatory cytokines. [4]

What other markers are on organic acid tests?

Organic acid tests can also be used to test detoxification pathways, metabolites of cellular energy function (to help determine need for supplements such as CoQ10, B6, B12, 5HTP) and metabolites produced by bacteria in the G.I. system which can help show the cause of gastrointestinal symptoms.

However, interpretation of organic acid results take some skill, so it’s best to have the guidance of someone familiar with the test. Interpretation should also take into account other factors which are not on the test, such as symptoms and medical history.

Wondering if this test may shed some light on your chronic health problem? Fill out a contact us Form or Call us today. 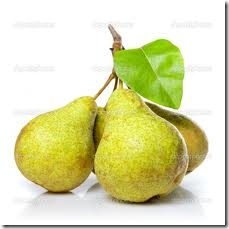 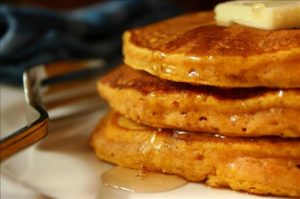