Become a patient
Menu
H.Pylori Symptoms Causes and Natural Treatment For It

Taking advantage of people with a weak immune system and the capability to spreading very quickly, H pylori is a very aggressive bacterium that causes quite a few stomach problems for its host.

This bacteria is a naturally occurring part of our body that is actually beneficial in small doses. It can be extremely dangerous if it is allowed to multiply unchecked and reach beyond-normal levels, causing problems like:

It is a nasty organism to let run rampant in your system, and it’s very easy to spread between infected people. With an estimated infection rate of 50% of the world’s population, H pylori is very easy to transmit to other people, making it a very problematic organism.

Its main way to spread between people is through their saliva. Simply sharing a glass, eating off the same plate or kissing can spread the H pylori, so it’s not uncommon for entire households to be tested and receive a ‘Positive’ for the infection.

Along with the ease of transmission, there are some tell-tale signs of a H pylori infection.

The Symptoms Of H.Pylori Infection

A typical H pylori infection can be associated with 6 fairly common symptoms:

Along with these common symptoms, some more severe problems can appear due to an increased H pylori supply.

Problems H.Pylori Can Cause

An increased H pylori supply can have a range of effects on the stomach and intestines, as well as possible brain and thyroid problems.

Dr. Barry Marshal won the 2005 Nobel Prize for his work with H pylori.

He discovered, through self-infection, that it could survive the often-thought inhospitable environment of the stomach. Pre and post endoscopies were done to measure the cultures in his stomach, showing that it could multiply in the stomach and cause hydrochloric acid production to slow down, leading to a range of problems, including peptic ulcers (1), helping to reverse the idea that stress and spicy food were the main cause (while chronic stress lowers the immune system, allowing the H pylori to take hold, it is not directly related).

Mucous production can also be affected, which plays a big role in protecting our stomach from irritation, due to food and microorganisms.

H pylori can drastically reduce the amount of mucous that is produced by the stomach while also irritating the stomach lining, causing a silent level of inflammation until enough pain receptors fire off, which is the pathogenesis of stomach ulcers.

H pylori neutralizes the hydrochloric acid in the stomach, making it harder to digest food, along with a range of other problems.

By producing an enzyme called urease, the H pylori causes the urea in the stomach to be broken down into carbon dioxide and ammonia, causing belching and halitosis (bad breath), while also neutralizing the hydrochloric acid (2).
This acid is what breaks down food in your stomach, allowing it to absorb the protein and minerals, as well as tell the gallbladder to release bile, which helps to metabolize fat in the stomach.
When these two functions slow down, an increased risk of anemia, thyroid problems, osteoporosis and auto-immunity increases. (3, 4)

B12 deficiency, or pernicious anemia, is another problem cause by H pylori.

The stomach produces a protein called intrinsic factor, which allows the small intestine to absorb B12. (5, 6) H pylori affects the ability of the stomach to produce intrinsic factor, causing a B12 deficiency.
This can be very unpleasant for the sufferer, possibly causing:

The affect that H pylori has on the gut can be a big problem.

By disrupting the digestive process in the gut, it can cause inflammation and gastrointestinal permeability leading to:

Because gut health can be linked to mental health, as the gut becomes disrupted, so does the mental state, causing:

as well as increased auto-immune reactions and food sensitivities.

As you can see, there are a range of problems associated with H pylori increases in the body, all leading to some potentially severe symptoms and illnesses for the patient.

There are 4 distinct ways to test for a H pyloric infection:

Each has their strengths and can identify H pylori (with varying degrees) through different basic measures.

This is the golden standard for testing, and this is also a test I regularly use to test for infection. This works by measuring the amount of H pylori present in the stool.

These look for anti-bodies to H pylori; IgA, IgG and IgM respectively.

While this has been shown to be most effective on acute infections, but when testing on a long-term infection or immune deficient people will produce a negative result due to lack of anti-bodies.
The other problem with blood tests is the presence of anti-bodies after an infection has been cleared up. You can possibly test with a positive when the H pylori is actually at its correct level.

A very invasive and procedure where a scope is inserted through the mouth into the esophagus and stomach. This is very stressful on the body and does a poor job of identifying H pylori infection, although it can show the results of irritation, ulceration and cancer due to it.

H pylori, like salmonella, E. coli, and shigella, is a gram-negative bacteria, meaning it has 2 cells walls. This dual wall layer helps protect the bacteria from anti-microbial drugs and herbs that would normally kill the bacteria.

One of the biggest problems with fighting it with anti-biotics, like most doctors would, is a part of the H pylori inside the cell wall known as ‘efflux pumps’, which remove anti-biotics from the cell walls. (8) This helps keep the bacteria alive, allowing them to build a resistance to the medication, and can be quite damaging for the patient.

The cell wall itself is quite a problem, as it is an inflammation mediator, known as lipopolysaccharide (LPS). This can be extremely toxic liver and also signals major inflammatory processes in the body when it’s released into the blood stream at high volume. (9) LPS is also called an endotoxin, and is one of the main reasons why leaky gut syndrome is so hazardous to the body. (10)

There is a way to fight the infection, though.

While it’s easier to fight an infection the earlier it is caught, it’s not impossible.

By switching to an anti-microbial diet, you can fight off the infection, which can be easily started by drinking water with freshly squeezed lemon or apple cider vinegar (ACV) mixed in. The organic acids in ACV will help reduce the H pylori count.

There is more to an anti-microbial diet. By introducing foods rich in garlic, onions, oregano, basil, thyme, ginger and turmeric, you can effectively fight off an infection. Sometimes depending on the individual you may need a FODMAP diet.
While this is enough for a mild case, people with a moderate or high amount of H pylori will require a specific protocol with intensive anti-microbial supplementation to lower the H pylori count to a level that the body can begin to heal itself.

H pylori is a naturally-occurring bacteria in the body that, if elevated, can cause a sever infection within the gut leading to problems including digestive problems, bad breath, belching, ulcers, stomach cancer and a lot more.
Because it is a gram-negative bacteria, it has a second cell wall and efflux pumps that help to protect it from anti-microbial and anti-biotic medication, making it a tough infection to fight.
The most effective way to combat the infection is to start an anti-microbial diet rich in ginger, onion, garlic, oregano, thyme, basil and turmeric, which will help drop the H pylori levels down in a mild case. A more severe case will require a complete anti-microbial supplement program and sometime antibiotics to help bring the infection down to a manageable level, which will allow the body to begin healing itself. 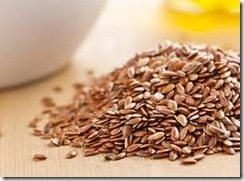 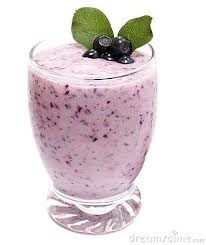 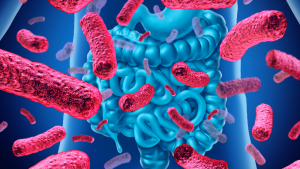