Become a patient
Menu
Which Prebiotics Are Best for SIBO?

SIBO, also known as small intestinal bacterial overgrowth, is characterized by an abnormal amount of bacteria in the small intestine. This is generally caused when the passage of food and waste products in the digestive tract slows down, creating a feeding ground for bad bacteria.

Unlike the large intestine, the small intestine normally has very little bacteria located inside due to the rapid flow of food and the presence of bile. When the small intestine has excess bacteria, they eventually produce toxins and interfere with the GI tract’s ability to absorb nutrients.

Some of the symptoms and warning signs of SIBO include abdominal pain, nausea, diarrhea, loss of appetite, feeling full after eating, weight loss, malnutrition, and gas. Although surgery is rarely needed, antibiotics are usually the best treatment — along with probiotics and prebiotics.

Think you might have SIBO? Before purchasing any testing, take our SIBO assessment questionnaire.

So, what are prebiotics?

With that said, most people fail to incorporate prebiotics into that treatment. Like all living things, probiotics need a source of food in order to function at their best. That’s where prebiotics come into play. They act as a source of food and fuel for all the good bacteria living inside your gut.

By definition, prebiotics is selectively fermented nutrients that allow for changes in the activity and composition of the GI microflora. In order to be considered a prebiotic, they must resist digestion, be fermentable by intestinal bacteria, and stimulate the activity and growth of bacteria.

Now that we understand what SIBO is and what prebiotics are, you’re likely wondering what the two have to do with one another. The truth is prebiotics can improve SIBO symptoms in several ways, but only if they’re used properly and carefully. Even then, they won’t help everyone.

One of the main things prebiotics do is help the body produce short-chain fatty acids (SCFAs) such as Butyrate. Acting as a fuel source for epithelial cells that make up the gut lining, SCFAs maintain the integrity of the intestinal lining, prevent inflammation, and prevent leaky gut.

They do this by producing mucus, which serves as a habitat and food source of bacteria. When your mucus layer is thin, bacteria and toxins come in contact with the epithelial lining, which ignites a response from the immune system. Without fiber or mucus, the bacteria feed on your gut lining.

For example, Butyrate is one SCFA that acts as a fuel source for epithelial cells in the gut lining. SCFAs also maintain the acidity in the colon. With a lower pH level in the gut, beneficial bacteria can grow freely and effectively. This provides the perfect environment for all your good bacteria — including MMC-strengthening bacteria such as bifidobacterium and lactobacillus species (especially Lactobacillus acidophilus).

Since SCFAs, like Butyrate, are water-soluble, they also find their way into the bloodstream. Once in the bloodstream, they travel to your brain and improve the function of the brain-gut axis. This helps improve cognitive function and alleviate memory loss, brain fog, and loss of focus.

With a healthy brain and a healthy large intestine, the small intestine is set up for success. This eventually helps to rebalance your gut microflora, reduce inflammation in the gut, and ultimately alleviate SIBO symptoms. That’s why prebiotics, along with probiotics, are very important.

Which Prebiotics Are Best for SIBO?

When taken properly and carefully, prebiotics can be extremely helpful to those living with SIBO — especially when you’re on an antibiotic treatment plan. With that said, it’s very important that you take the right prebiotics at the right time and make sure you’re taking the right dosage.

Pomegranate fruit extract has polyphenols, ellagic acid, and punicalagin A and B, which have antioxidant properties and help maintain average inflammatory balance.

Life can be extremely difficult to cope with when suffering from SIBO or experiencing SIBO symptoms. If you’re looking for help and want to start relieving yourself from the intense symptoms, you can benefit from the gracious help of a functional medicine doctor.

To learn more about the use of antibiotics, probiotics, and prebiotics for SIBO symptoms, contact me today. I have a ton of experience working with patients suffering from small intestine bacterial overgrowth and I can’t wait to help you live a healthier and happier life. 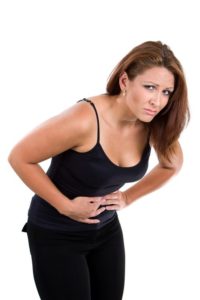 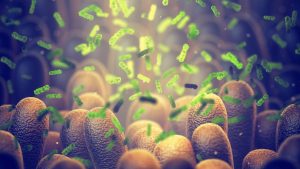 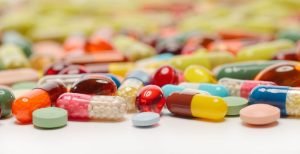